The NSW Southern Highlands region is a short drive from Sydney and we toured this beautiful area in the 2018 Toyota 86.

Only around 100 kilometres from Australia’s biggest city, the Southern Highlands really is a world away from the daily grind of city life. 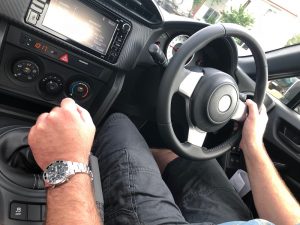 Toyota Australia handed us the keys to the latest version of it’s Toyota 86 sports car to take on the road-test and to review for our sister site, Car Review Central.

The car, an entry-level 86 GT, was fitted with the recently arrived new ‘Performance Kit’ and this adds things like sportier suspension, beefed-up brakes and the head-turning 17″ ten spoke alloy wheels that you can see in the images.

Our 86 also had the standard six-speed manual transmission, though a six-speed automatic transmission is also on offer for buyers who like the ‘set and forget’ option.

Priced from $31,440, Toyota’s 86 remains one of the best-value cars on the market – offering plenty of smiles for not a lot of dollars.

The Southern Highlands are located to the south-west of Sydney and that means your best option is to head for the M5 Motorway.

This motorway, one of Sydney’s busiest, is a toll road so make sure you have your e-tag. 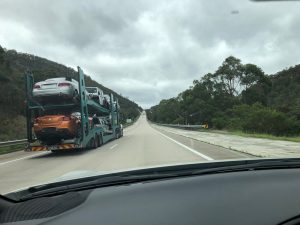 Access to the M5 is easy via the Eastern Distributor/Southern Cross Drive if coming from the Sydney CBD, alternatively, residents to the north and west of the city are best-served by entering the M5 off the M7 Motorway.

The M5 is, not surprisingly, about the same as every other motorway that you will find, fortunately, most of the roadway is now a minimum of three lanes and that means a speedy trip to Sydney’s outskirts.

Just after Liverpool you will find the road changes into the Hume Highway and as you say farewell to nearby Campbelltown the scenery starts to become more pleasant, and not surprisingly, more green.

Perhaps the most interesting part of the drive along the Hume, which is the main route to Melbourne, are the sizable bridges that span the Nepean and Wingecarribee Rivers.

The rivers flow through canyons well below the roadway with interesting rock formations catching your eye as you speed past at 110km/h.

As you approach the Southern Highlands you will have a choice of touring the region, and the main town centers, essentially from north to south, or, as we did, continuing on the Hume Hwy and beginning in the south.

We said goodbye to the busy highway at Medway Road and headed in the direction of New Berrima. 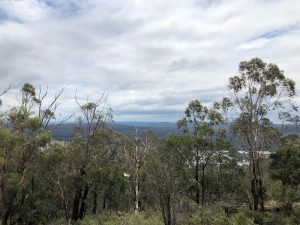 A village with a population of less than 600 people, New Berrima was built to house workers from the nearby cement works, which are still in operation, and has only sparse facilities with just a corner shop being available for a drink stop.

Across the rail line (which services the plant) and you find yourself on Berrima Road. A winding stretch of road through the open countryside, it is only a matter of around 5 minutes before you’re saying hello to the relatively busy town of Moss Vale.

A well-serviced center with an array of different shops, cafes, restaurants and antique shops, Moss Vale is most famous for it’s center-town rail bridge.

After stopping for a bite of lunch we continued on in a northerly direction, heading past the turn-off for Robertson and the scenic, Macquarie Pass, and on towards Bowral.

An upmarket and bustling town, Bowral was the early home of the greatest cricketer ever, Don Bradman, and offers the Don Bradman Museum for cricket and history buffs.

Our sites though were set on nearby Mount Gibralter and its selection of look-outs (as seen above).

Giving you a sweeping view across Bowral and Mittagong, the mountain is above 850 metres at it’s highest point.

After taking in the views we headed down through the winding roads to Mittagong, this section of the road has you looking at awe at some of the large country homes that dominate the landscape. 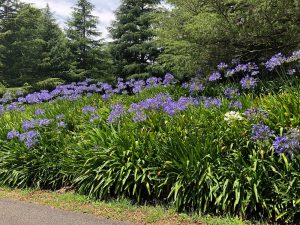 If you love agapanthus then the Southern Highlands won’t disappoint.

Some may say they are a weed, but at this time of years the purples and whites of the Agapanthus flowers stand out beautifully against the lush green that dominates this part of the world.

After a quick stroll around the quaint collection of shops in Mittagong, including a number of outlets selling antiques, we headed back towards the Hume Highway and our journey back to Sydney. 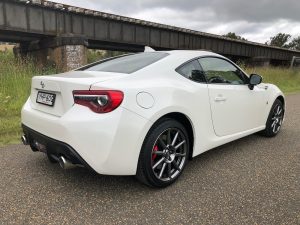 It was a memorable and enjoyable day touring this region in the Toyota 86.

Sure, if you spotted a treasure in one of the antique shops, especially a piece of furniture that you couldn’t live without, the chances are it wouldn’t fit!

But, if you love the classic sports car feel, and you want a car that stands out from the crowd, then the 86 is the logical choice.

As for the Southern Highlands, it’s absolutely tailored-made for an interesting day trip with a variety of activities on offer.

Oh, and if you’re coming in the winter, don’t forget to bring a jumper! 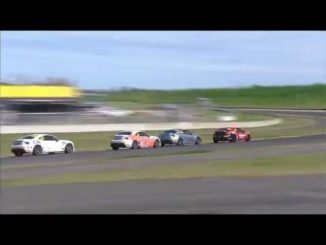 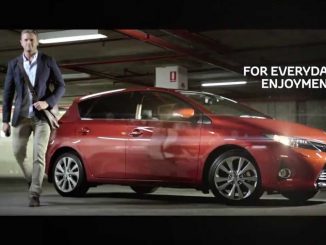 Toyota Corolla and 86: The driving force 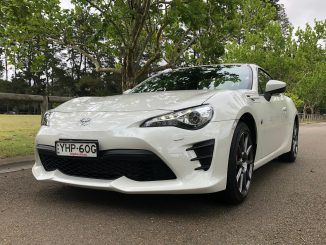