Not even the mighty Cyclone Debbie could stop the 2017 Toyota Landcruiser 200 Series on our recent holiday to the Sunshine Coast.

We had the opportunity to test drive the LandCruiser GXL 4.5L V8 Twin Turbo Diesel on a 2500km round trip to the Sunshine Coast from Sydney.

Well this a slight difference in performance from my normal drive of a 2000 model standard 3 litre diesel Hilux Ute which normally takes 8 days to get to eighty kilometres an hour. 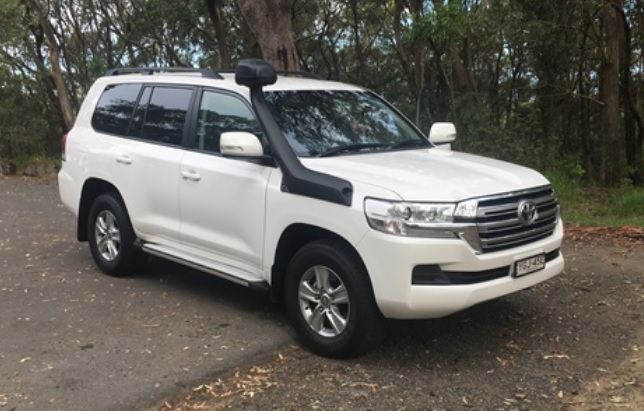 But before all of you Hilux owners get too disgruntled I don’t think the cruiser would cope with the amount of building material that gets thrown into the back of the Hilux and I know the better half would not allow it.

Anyway, enough about the Hilux and onto the LC 200, setting off from home we hit the M1 heading north, so once we cleared the normal grid lock of traffic we were able to appreciate the power and luxury that the LandCruiser has to offer.

This trip is all on the black top and as it was only myself and the better half, we were travelling very light, but there was really plenty of room for our luggage.

I could imagine that this beast would have very limited trouble off road with the right operator behind the wheel even towing a camper, caravan, horse float or a large trailer the cruiser would do it with ease.

In a way I was disappointed that we weren’t towing something, just to use all the available power.

The all-round vision as a driver, I found exceptional, even with the extra seating in the back, so even taking a large family or group of friends you would have no problem at all.

Arriving the first night at Ballina it was if we had just driven around the block as the comfort of the LandCruiser is exceptional, the extra features that we are not used to like dual air-conditioning and reversing camera just to mention a few makes driving this vehicle a real pleasure.

I did tell you my normal daily drive is a beat up old 200 Hilux tradie ute right?

The next morning after breakfast and a look around, we continued north towards the Sunshine Coast.

Dropping into some smaller coastal towns on the way we realised how easy the LandCruiser is to manoeuvre around in tight spots like carparks and narrow streets.

Despite its bulky size the LandCruiser wasn’t a problem when sometimes you take a right when you should have gone left that happens when you are holidays. 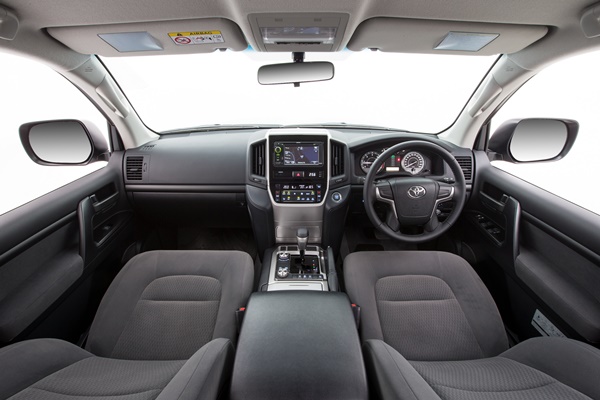 It was a good thing that we sometimes stuffed up in towns, as the drive up the highway was uneventful and almost boring.

The LandCruiser was effortless when cruising, throw it on cruise control and it just ate the kilometres without a thought. It was all too easy.

Cruising at the speed limit the better half and I were just chatting away, the LC200 doing what it does, easily, quietly, smoothly and most importantly, economically.

Arriving on the Sunshine Coast we parked the cruiser and headed for a chill out and a surf.

It was a very relaxing day.

The next few days were taken up with beautiful country drives up in the Sunshine Coast Hinterland were the cruiser was in its element sitting parked in these small country towns.

So far, our holiday was uneventful and relaxed, what holidays should be, but we didn’t realise what was coming.

We headed to our friend’s place in the peaceful country side of Rosemount, beautiful spot. However, that afternoon the locals had to weather the tail end of Cyclone Debbie.

The only thing to do was batten down the hatches and ride it out with a few beverages, seemed like a good plan.

180-kilometre wind gusts and driving rain, furniture flying everywhere and a fireworks display second to none which was the power lines arcing out with trees falling on them like ten pins and exploding.

Welcome to sunny Queensland beautiful one day blow the dog off the chain the next!

The next morning after brushing off a few leaves and checking for any damage to the Cruiser, we were right to go on our venture back to god’s country on the Hawkesbury River north of Sydney.

Remarkably, given the storm that it sat through, there wasn’t a mark on the Cruiser, it merely shrugged its shoulders and said let’s go!

It wasn’t too long before we were back in NSW with a few more stops in some beautiful coastal towns on our way home we hit the starting point of our trip. 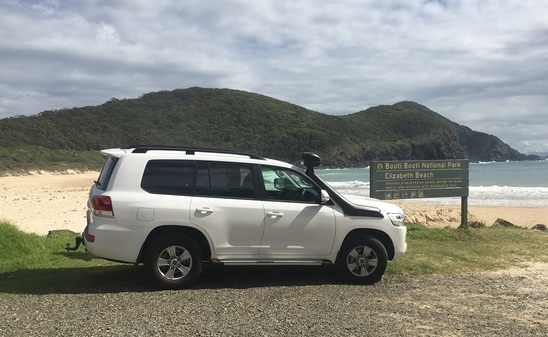 Like any holiday they go to quick, but it was an absolute pleasure to have done it in a LandCruiser and the trip as well.

The only problem I had with it was I had to give it back! In a nutshell I could not find any faults with this vehicle, it was an absolute pleasure to drive. 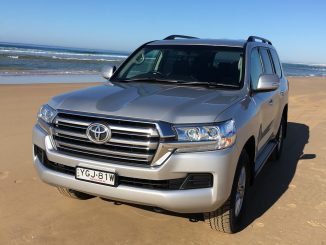 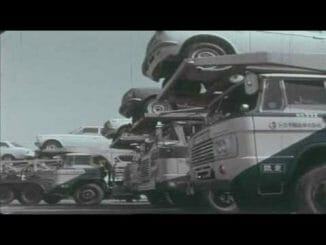 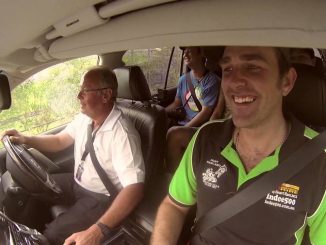