The all-new Toyota Camry is here and aims to be the Camry that Australian car buyers really want to have in their driveway.

Gone (mostly) are the dull driving manners and conservative styling…you might even say the new Toyota Camry is stylish and even fun to drive.

But, have Toyota gone too far with this new-gen model and produced a car that will upset Camry traditionalists? Perhaps.

As you can see in the photos the new Camry is a good-looking vehicle with eye-catching styling particularly at the front and rear.

The new car also sits down lower on the road and the top of the doors are noticeably lower to the ground than previous models.

This also helps provide the inside of the car with a bright and airy feel.

The SL grade comes with a small boot spoiler that works well with the new looks, while the dual exhaust and 18″ alloys are the icing on the cake.

The Toyota engineers have provided a suitably roomy cabin for most mid-size car buyers in the new car.

Legroom, shoulder room and head room up front all get a pass mark, the rear is perfect for two and gets a bit squeezy if there’s a “piggy in the middle”.

Rear legroom is also adequate, without being amazing.

The seats are comfortable, though I thought the front seats could do with a slightly longer seat base for extra comfort.

Top marks to Toyota for keeping the traditional speedometer and tachometer and introducing a large digital driver info screen that sits neatly inbetween.

The infotainment system, generally speaking, gets a pass mark, though the lack of Apple CarPlay and Android Auto seems odd to me.

Traditionally, Camry buyers have been predominantly fleets and older people, these systems work really simply with smartphones and that would certainly be, you would think, a big plus for both groups.

Speaking of smartphones, the new Toyota Camry SL comes with an inductive charging pad and this is one of the great inventions that has come to the automotive scene in recent years.

You simply store your phone on the pad at the front of the centre console and your phone starts charging instantly – and a lot quicker than I would have though given there is absolutely no cable.

This also helps eliminate the possible distraction of fiddling around with a charger cord.

The Toyota designers did drop the ball though with the door storage pockets – they are way too small and struggle to take little more than a small/medium-sized drink bottle.

So, no Apple CarPlay or Android Auto, but you do get digital radio (and a CD player!).

Other standard features in this model grade include:

I’ve been to the Camry launch and now had a Camry for a week…but so far I’ve only sampled the four-cylinder version.

Yes, there is also the hybrid and the V6 too, the four-cylinder though looks to be a good compromise between the two.

The 2.5 litre engine gives you 135kW/235Nm and is mated exclusively to a six-speed auto transmission.

The engine happily pushes the Camry along at speed on the highway, but can feel just a bit hesitant when getting about the suburbs.

Switching the drive mode over to ‘Sport’ seems to eliminate the hesitation and this points to the transmission being not quite as responsive as perhaps it could be.

Is this a deal-breaker? No, there is plenty to like about the way this car goes about its business.

The steering is well weighted and gives good feedback (Camry in the past has had a somewhat dull steering feel), and the new Camry, with its lower to the ground stance and stiffer chassis, handles nicely.

It’s perhaps not as sporty as it might look, but as far as Camry goes it’s actually pretty sharp.

Not So Good Bits:

The new Camry is a car that passes the “would I like one in my driveway?” test and is a big step ahead of the previous generation car.

It drives better, is more interesting, is safe, easy to live with and has enough space inside to meet the needs of most mid-size car buyers.

On the downside, I took a relative of mine who is a man on the other side of 70 and a big Camry fan for a drive in the car and he felt the seats were hard to get in and out of due to the lower seating position.

The four-cylinder engine provides what you would describe as adequate performance and respectable fuel consumption (expect to use about 8.5L/100km).

Apple CarPlay and Android Auto are sadly lacking in what is an otherwise very pleasant and interesting-enough new offering from Toyota. 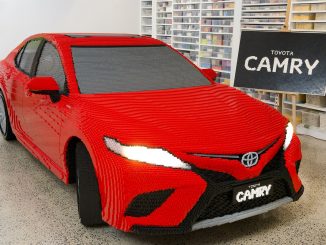 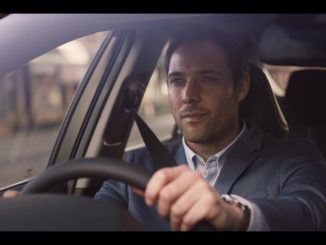 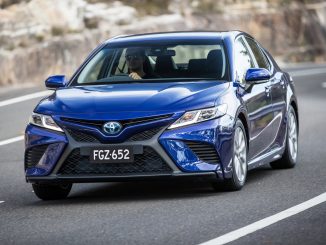