Take a look around and you’ll notice just how many Toyota RAV4s are getting about…they’re everywhere!

And for good reason too, the RAV4 (and Suzuki Vitara) forged the way and created the now booming SUV market and the offering continues to be one of the best-selling vehicles in its segment.

A mid-size SUV, RAV4 sits between the C-HR and the Kluger in the Toyota family and is available across a wide variety of specification levels and engine/transmission/driveline choices.

Full disclosure, I’ve never been really in love with any the Toyota RAV4 designs that we’ve seen so far.

The early ones, with those big plastic side strips down the sides come to mind, but I guess you could say the 2000’s, where the RAV4 was a little more subdued, were probably the high point for the model.

In 2018 the best I would say for the design is that it is fairly unique among a group of vehicles in the segment that are stylistically similar, I’ll leave the ultimate decision on the Toyota SUV up to you.

A strong point for the current Toyota RAV4 is the interior space, delivering good front and rear legroom, and better than decent cargo space, I don’t think the Toyota offering can really be bettered here.

There’s quite a square and tall roof too and this helps headroom and shoulder room.

The GXL grade RAV4 certainly punches above its weight in terms of look and feel inside the cabin, and the overall interior package is generally much better than acceptable.

The Toyota RAV4 would also have to be one of the easiest vehicles in the segment to get in and out of, the doors open wide, the seat height has plenty of adjustment, there’s plenty of grab handles, and low sill-panels – if mobility is an issue then it might be worth paying close attention to the Toyota.

Toyota has given the RAV4 a better than good-sized centre console bin and glove box, though the door pockets are too small and really only useful for holding a bottle.

Visibility is very good to the front and sides, and the wing-mirrors are nicely-sized, however the shape of ‘C’ pillar presents some vision blockages, though this is certainly not the worst vehicle in the class for this.

The gauges are easy to read and all the controls are well-placed and very simple to use. One notable omission in the RAV4 GXL is a digital speedometer.

Again, complimenting the easy to use nature, Toyota has kept the traditional ‘notch’ style transmission selector (there’s nothing wrong with that!) and manual parking brake operation.

But, something that goes against the easy to use mantra is the infotainment system – my test car was fitted with the previous generation software and I have always felt the on-screen buttons were too small and too fiddly (for me at least).

For the record, as with other Toyota models, at this stage Apple CarPlay and Android Auto aren’t available.

Also, a point or two off for the Toyota for not having rear heating/air-conditioning vents, though there are six vents on the dashboard.

Lastly, Toyota’s RAV comes with a handy cargo net in the rear – holding up to 10kgs, you can utilize this to put the milk and bread in without having it sliding around the boot floor.

The mid-spec Toyota RAV4 gives you the choice of three different engines/powertrains:

My test car was the 2.0 litre petrol and after a week getting about I’m prepared to say that this engine is better than adequate.

I thought the CVT was also more responsive and less noticeable than the driving experience delivered in some other models by this transmission technology.

The RAV4 GXL also picks up points for providing a good selection of drive modes with the sport mode giving the RAV4 a bit of spirit when required.

Fuel consumption was also better than expected – I averaged 9.0L/100km.

I mentioned the styling being a bit outside the box for this segment of the market, the RAV4 also a slightly more utilitarian feel than some of the competition – this works well and gives you a feeling of strength and confidence in the vehicle, especially if ever venturing off the bitumen.

A five-star ANCAP safety rating features right across the Toyota RAV4 line-up in 2018.

Front, side and a driver’s knee airbags come as standard, while the GXL-grade comes with Forward Collision Warning and Autonomous Emergency Braking, front and rear parking sensors and Rear Cross Traffic Alert.

The 2018 Toyota RAV4 is a better than average entrant in the mid-size SUV race and is worthy of close examination.

There’s nothing revolutionary or amazing about the vehicle, but it is a good all-rounder that will suit the person that doesn’t care for having the latest and greatest tech and likes to keep things simple. 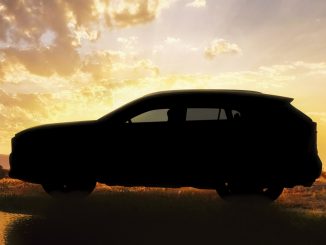 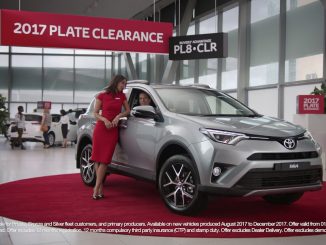 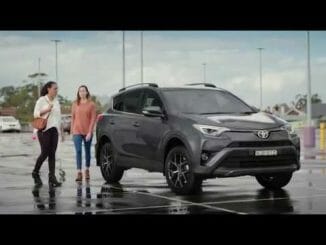