The Toyota, a budget-priced sporty offering, is offered in just the two specification levels – GT and GTS and both are essentially exactly the same vehicle, just with a few different features added on to the upper-spec variant.

Regardless of which way you go the 86 is a vehicle that delivers a whole lot more fun than the price tag might suggest.

A couple of the differences between the Toyota 86 GT and the GTS can be seen on the outside of the vehicle.

The GTS comes with larger wheels – 17″ instead of 16″, LED front fog lamps, and there’s the little rear wing (which I think looks really good) as well.

The 86 is famous for that long bonnet, the long coupe doors and the low-slung body…it sits low and it feels it on the road.

Toyota‘s budget-priced sports car (along with the Subaru version, the BRZ) continues to be a good-looker even five years after the car debuted.

Like the exterior differences the cabin has just a couple of features that separate the two model grades, the most obvious being the partial leather seats.

Look a little closer and you’ll see a difference in the driver instrument panel, and the steering wheel in the GTS has volume and trip control buttons (where the 86 gets zero steering wheel buttons).

The GTS also gets ‘sports’ pedals.

All the other functionality, controls, and storage areas are identical.

The extra dollars for the Toyota 86 GTS will get you the aforementioned partial leather seats, along with push-button ignition.

Standard kit across both variants includes sat-nav, cruise control and a reverse camera.

Like the Toyota 86 GT, the 86 GTS is powered exclusively by a Subaru-sourced 2.0 litre boxer horizontal ‘boxer’ engine that is naturally aspirated and offers 152kW/212Nm.

Those power and torque outputs, for the record, are up from the 147kW and 205Nm that the model offered when it was first released.

Once again, these outputs are adequate, but nothing beyond that.

The Toyota 86 offers enough get up and go to keep you moving along nicely in the traffic, it’s also adequate enough to tackle the hills, but it is certainly well short of being a true sports car in this regard.

Having driven both the auto and the manual in the past couple of years I would certainly be advising to opt for the manual to get the most possible output from the engine (though the auto isn’t terrible).

However, the low-slung stance, the tight and sporty suspension and the low centre of gravity provided by the horizontal engine all add up to a sharp handling experience.

The Toyota 86 loves a winding road and this is where the car really is at home.

It should be noted too that the 86 is a capable tourer on the freeway/highway, however there is some engine/wind noise and that brings comfort over longer stints down a tad.

True, you will have to go without some of the safety kit that other models are now offering as standard i.e. Autonomous Emergency Braking, however the Toyota 86 retains a maximum five-star ANCAP safety rating.

I’m glad there are cars in the world like the Toyota 86/Subaru BRZ – they are the colour in a sea of grey.

Sure, it isn’t really practical, it isn’t really that powerful, and it’s missing some convenience and safety features, however it’s an endearing and fun car that puts sports car ownership within the grasp of many car buyers.

Is it the most sensible car in the world? No, but if you love it then there’s really no reason why you shouldn’t have one. 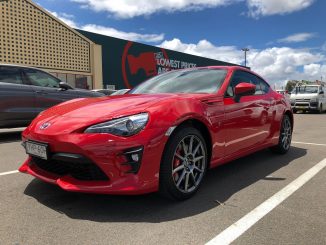 Bunnings run in a Toyota 86 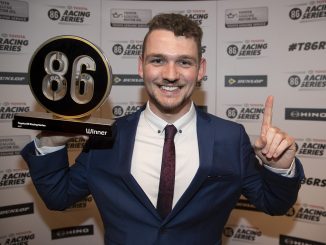